Lotto 6/49 changed the way of playing lottery in Canada.

In 2005, Canada’s largest Lotto 6/49 jackpot was $54,300,000 CAD. The Lotto 6/49 jackpot starts at $5 million CAD and increases at each drawing when there is no winner! The lottery now guarantees one millionaire per draw, and has improved the chances of winning to 1:66, and a 7th level of prizes was added.

Players must choose 6 numbers in a grid comprised of numbers between 1 and 49.   If your 6 numbers match, you will be the lucky winner of the jackpot.  For the second prize, you must have 5 matching numbers plus the Bonus Ball which is also useful for the second prize.

The Lotto 6/49 drawing is held in Canada by the Interprovincial Lottery Company.Six numbers are drawn in addition to the Bonus Ball number, which is drawn with a Ryo-CatteauTulipe ball machine. There are seven levels of prizes, with the amount of earnings varying depending on the combination of numbers and the Bonus Ball number that you guess. Statistically 1 out of 32 tickets is a winning ticket. 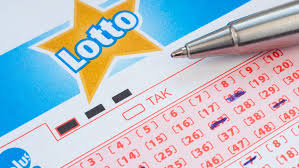 In which country is the Lotto 6/49 lottery held ?

History of the winners in the Lotto 6/49

On October 26th, 2005, a single winning ticket, worth USD 54.3 million, was purchased in Camrose, Alberta, by a group of 17 workers in the oil and gas industry. The jackpot was USD 54.3 million.

On February 21st , 2009, there were four winning tickets:   three in Ontario and one in Quebec, with the biggest jackpot worth USD 50.3 million.

On April 13th, 2013, the jackpot reached USD 63.4 million. There were four winning tickets and three of these tickets were purchased in British Columbia, the fourth in Alberta.